Quiet Before the Swarm Quest Guide 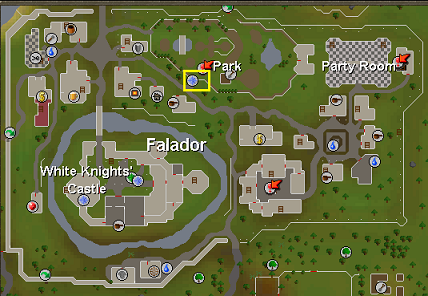 1. To begin the quest, speak to Sir Tiffy Cashien in Falador Park. He tells you of a pest being sighted in the area near Port Sarim. You are sent to investigate whether a pest may have escaped from the Void Knights' Outpost.

2. Go to the Void Knights' Outpost, by taking the ship from Port Sarim, and speak to Commodore Matthias, found in the North-Eastern house on the island. He tells you to speak to his second in Command, Captain Tyr. 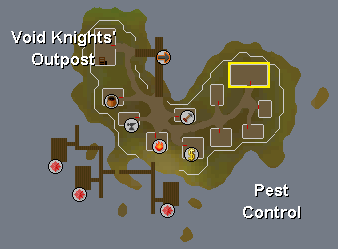 3. Go and speak to Captain Tyr, who can be found just south of the building where Commodore Matthias is. Captain Tyr tells you to interview nine people on the North-Eastern side of the island. The order they are interviewed doesn't matter. The people to interview are:

Once you have interviewed them all, speak to Captain Tyr, who tells you to confront anyone you have suspicions of.

5. Once inside her mind you have to solve a 3x3 sliding tile puzzle. The puzzle consists of 8 tiles and one open space. Clicking a tile next to the space will move that tile into the space. Each tile has a border on it so it should be easy to see where each tile needs to go. Slide the tiles around to form the picture of the pest, proving Jessika guilty of the crime. 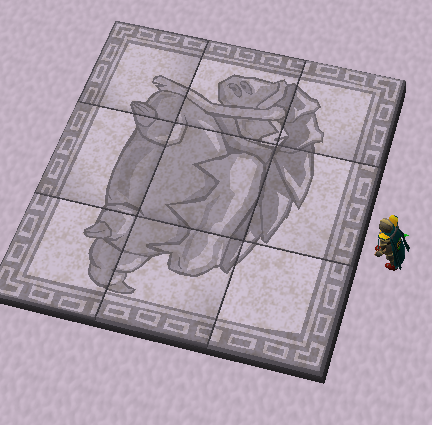 6. Speak to Commodore Matthias again and another cutscene follows where they decide a course of action. You are told to go to Sir Tiffy Cashien and report your findings, whilst a dispatch of Void Knights lead by the Commodore will follow on a ship to the mainland to track down the pest.

7. Teleport to Falador and then speak to Sir Tiffy Cashien in the Falador Park. Another cutscene follows, and you end up at the Port Sarim docks. Korasi the Void Knight appears distressed and confused and is taken to the Temple Knights' HQ. You are then transported back to Falador. Go to the bank and deposit everything in your inventory and anything you're wielding (this allows you to enter the Temple Knights' HQ. Speak to Sir Tiffy Cashien and ask to see the Void Knight. You will be taken to the HQ.

A Tragic Turn of Events

8. Speak to Korasi, who still doesn't remember what happened. Once again you use a potion and this time enter Korasi's mind to unlock her memories. Speak to the Toll Booth Knight about what you need to know and then each Void Knight memory in turn. The right combination is to send Bernard over first, and then Ami and Diane together, bring Bernard back and then finally travel back over with him. To send people across and back either talk to the Knight in the toll booth or the memories themselves.

9. Once across the bridge you now have to assign 5 other memories to their position on the ship, what they saw at the time of the incident and what they were thinking.

10. A cutscene follows where you control Korasi for a short period of time. Attack the pest and once it's dead go up on the deck and attack another. Inevitably all the other knights die. Now go up to the helm where you see the Commodore fighting a Mysterious Figure. Ultimately he is killed but manages teleport Korasi away. Back at the Temple Knights' HQ, speak to Korasi who now remembers the whole ordeal. Sir Tiffy gives you the task of telling the Captain Tyr what happened.

11. Speak to Captain Tyr on the Void Knights' Outpost to complete the quest. 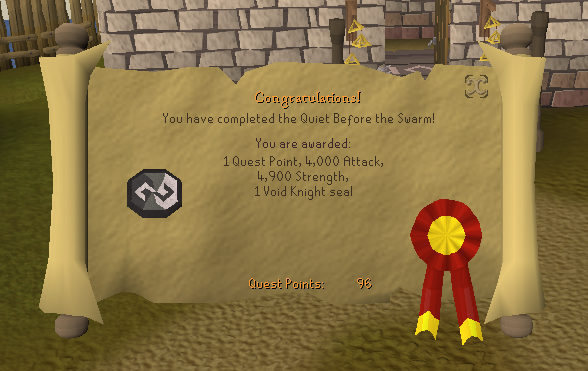