1. Speak to Councillor Halgrive in East Ardougne to start the quest [map]. He will tell you about diseased sheeps, and ask you to do something with it. He also gives you some poisoned Sheep feed to kill the diseased sheeps.

2. Go to the church just north of Halgrive, and talk to Doctor Orbon. He sells you a suit of protective clothing to you for 100gp. 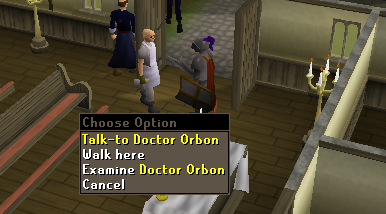 3. Go to the pen just north of Ardougne, and be sure to wear your plague clothing. Enter it, go to the building in the pen and pick up the Cattleprod.

4. Now, you have to prod the sheeps. To prod them, stand next to them on the opposite side you want them to go. If you want the sheep to go to the north, then stand to the south of it.

There are 4 groups of sheeps. You have to get one sheep from each group into the pen. This can be VERY annoying, and is not as easy as it sounds. The sheeps sometimes try walking back to their area. Prod them once to stop them. Even if you do it in the wrong direction, you will prevent the sheep from moving. 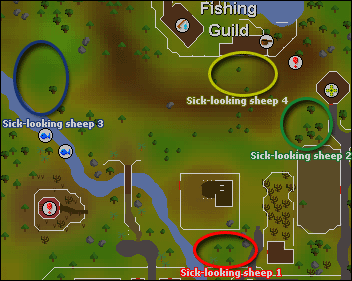 5. Once you've managed to get all 4 sheeps into the pen, enter the pen and use the sheep feed on them. When they die, pick up their bones.

6. When you have the 4 Sheep bones, go into the house in the pen, and use the bones with the incinerator.

7. After you have burnt all the bones, return to Councillor Halgrive to claim your reward. 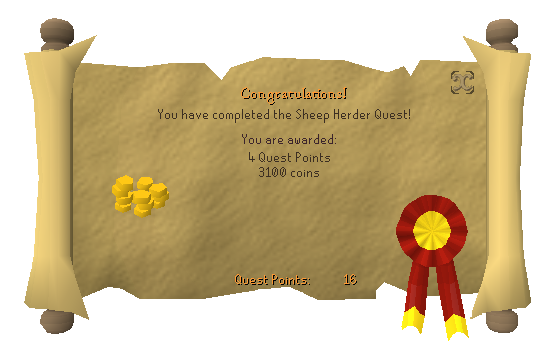