Edgeville is a town where players bank their fish caught at the Barbarian Village fishing spot, cut yew trees just south of the bank and Runecraft in the Abyss. 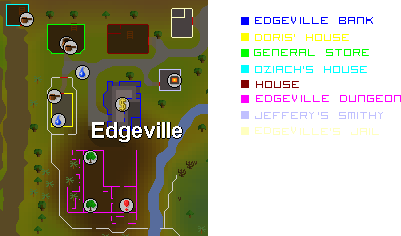 Players bank their fish from the Barbarian Village fishing spot and yew logs from Edgeville, here, because it's the nearest bank. 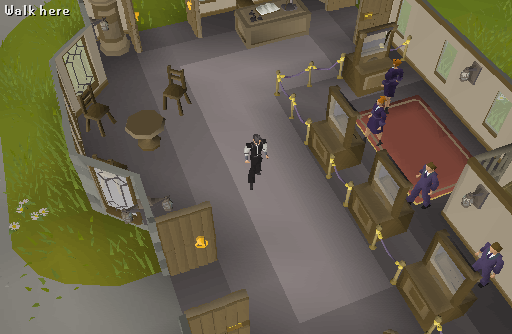 Doris's house is a good place for players to cook their raw fish if their Cooking level is low. 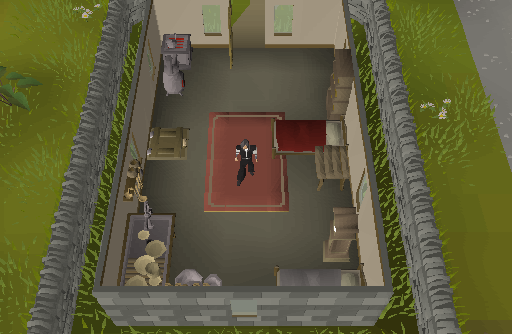 Unlike other General Stores, this one is in Edgeville.

Oziach is the NPC (non-playable character) that sells you a dragonhide body and rune platebody (also called 'rune platemail'). You will need to complete Dragon Slayer if you want to buy items from him. 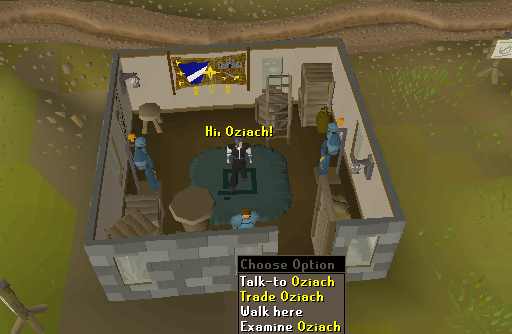 This building is filled with level-2 men. It's a good place to train your Combat when you are a low-level player. 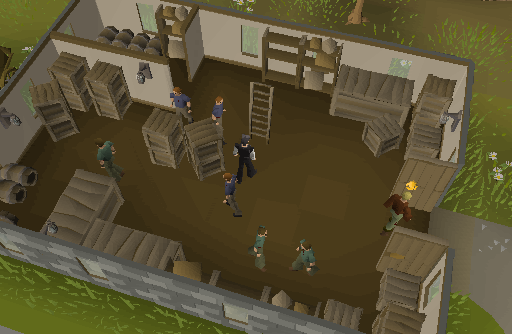 In this place, you will find two yew trees, north-west and south-west, you will also be able to find an entrance to the Edgeville Dungeon to the south-east of it. 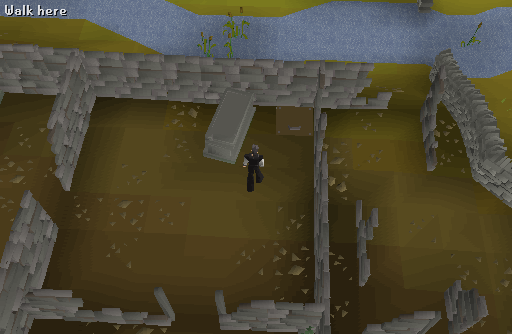 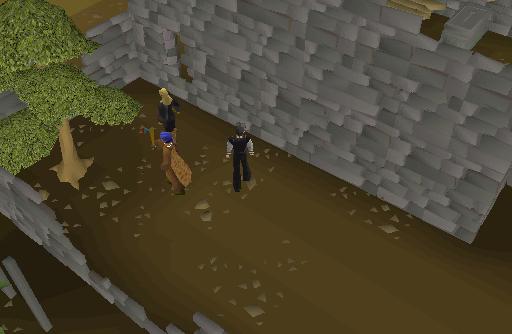 This is a special furnace and can only be entered while wearing Varrock armour. Varrock armour can be gained by completing The Achievement Diary: Varrock. 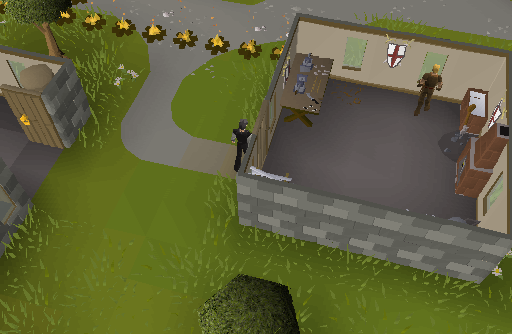 In this jail, there is an iron mace spawning north-east inside the jail. 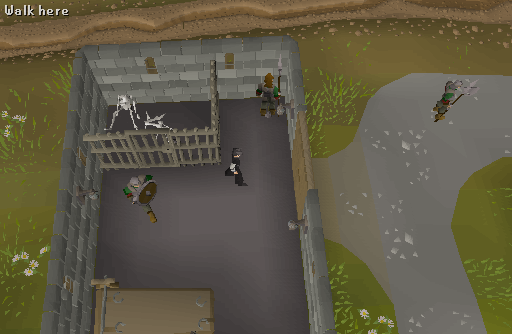