North the Barbarian Village and south of the small city of Edgeville, under a small class room lies a Jail. Through the jail there leads a tunnel into a dungeon full of Cockroaches. In a hidden section of the dungeon is rumored to lie a chest of unspeakable riches to those who know the secrets of Player Safety.

1. Misthalin Training Centre of Excellence. To get there head north Barbarian Village or You can go south from Edgeville. 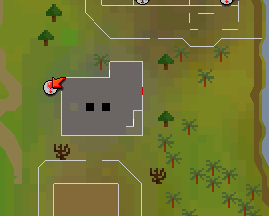 2. As you approach the building you will see a classroom full of students. Your first goal is to get inside. The door leading inside is locked and can only be opened from the inside, go around the back. You will see a large crevice in the ground, (which you can't go down yet), and a small trapdoor, go down the trapdoor. 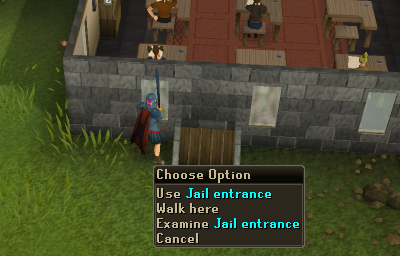 3. This section is the basement. Situated here is the jail; directly under the Training Center. Each jail cell is full with Gublinches. Talk to the guard, and he will explain how to report players. 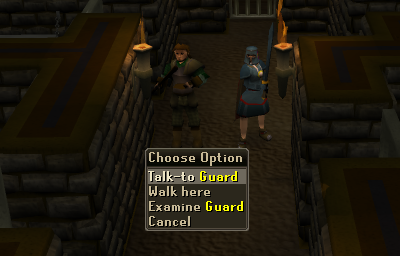 4. Upstairs you will meet Professor Henry. Talk to him. He will tell you all about a secret tunnel, leading to where a treasure lies. 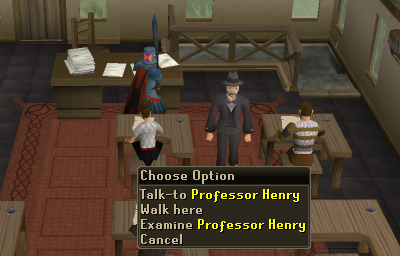 5. Go back downstairs and head to the empty cell with the poster on the wall. Pull back the poster and head into the Stronghold. 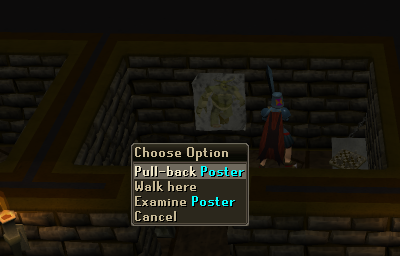 6. You’re free here to train as much as you like. Next you need to head up to the second floor using the stairs. 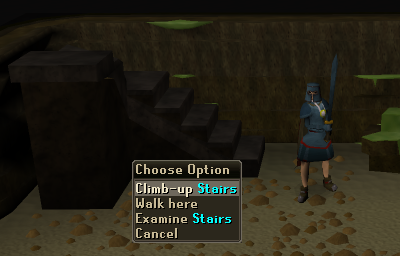 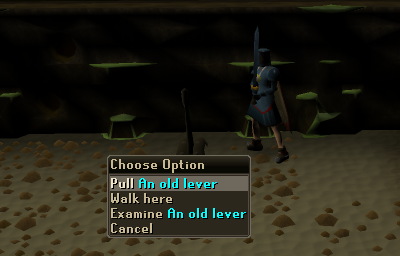 8. Now go through the unlocked door. 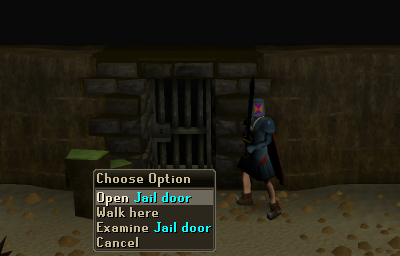 9. Open the chest to claim your long awaited prize. The reward is a pair of Safety gloves, 10k in coins and two experience lamps that give 500 exp each. 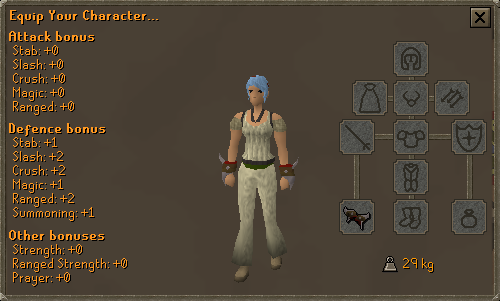 Layout of the Stronghold:

Basement: Contains the jail guard and Gublinches who have been imprisoned for breaking RuneScape rules.

First Floor: You arrive on the first floor after you go through the poster on the wall. This room contains Cockroach Drones, and Muggers. They are not aggressive, but as you progress through the stronghold you will encounter Cockroach workers and soldiers, which ARE aggressive. 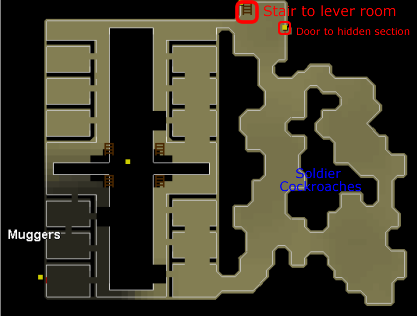 Second Floor: Contains level 84 Cockroaches and a few Cockroach workers (level 56). It also contains the lever (circled in red) you need to pull to open the locked doors. Also there is a rope here so you can climb out quickly if you are about to die, it's also good because you are relativity near to Edgeville so you can always climb up and drop off your loot there and come back down. 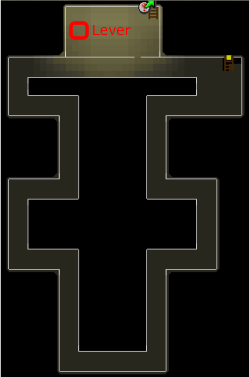 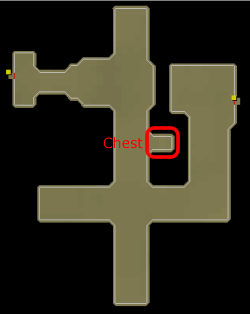 Bottom Floor: This room contains Cockroach drones and muggers. It is good place to train. 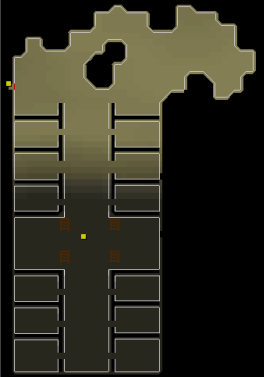 Training in the Cockroach Grounds:

Muggers are only on the first floor and in the basement. They have fair drops, plus low levels can kill them with ease.

These are the weakest of the cockroaches. Combat levels aren't really an issue when fighting them, although some food and a fair Defence level would be an advantage.

These are a good deal stronger than the drones, and can hit up to 6 with melee. Decent armour is recommended if you choose to fight these. They have a high hp/combat level ratio, which makes them good for training. Due to their attack accuracy, food is also suggested.
Cockroach Soldiers: 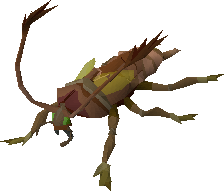 The minimum Combat level recommended to attempt to train on the Cockroach Soldiers is 75. If you are a lower level, then it is suggested that you bring some friends. But, it is possible to easily kill a Cockroach Soldiers at a Level 60. They have very high Defence, top melee hit of 8. Top Ranged attack can hit up to 11. Use protection Prayers if you can. They have no real weakness to Magic, Range, or Melee, so whatever you do bring lots of food, because these guys will eat through your health like nothing, like I said before high defense is your best friend. They have awesome drops so for high level players these guys are a must to train on.

Guide credits
Written by: necro lord11
Special thanks to; Tristipen, Angel and Aeolus
Thanks to; Call Me Larry and Shane
Last update: 20-May-2010 14:42 by Angel