Speak to Veronica at the gates of Draynor Manor. 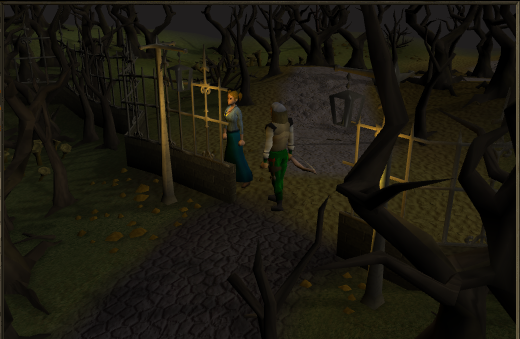 1. Speak to Veronica at the gates of Draynor Manor. She tells you to find Ernest who went inside the manor earlier but hasn't returned. Head north and walk into the manor. Climb up the staircase and then the next staircase again and you'll find Ernest who's been turned into a chicken. 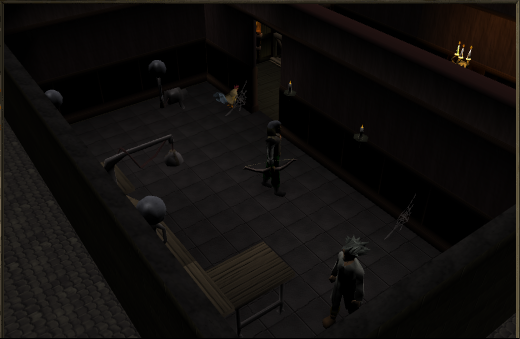 2. Speak to Professor Oddenstein and he'll tell you that he needs to fix his machine before he can turn Ernest back to normal. The gremlins have stolen his rubber tube, pressure gauge and oil can. Go back downstairs to the bottom floor. 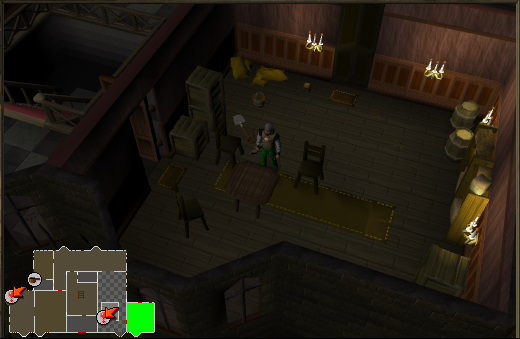 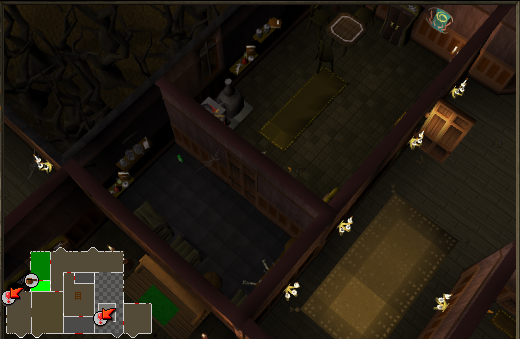 3.Go downstairs and take the fish food located in the room south of the stairs. Now, go to the north-western room on the ground flood and pick up the poison in the pantry, and finally to the southeasternmost room on the ground floor of the manor and pick up the spade before exiting through the northern door. Head to the eastern side of the manor and dig in the compost heap just south of the cabbages. You'll find a key. Go down a level and take the fishfood in the room south of the stairs, you'll need it for the following parts. Next, head down to the bottom level. You'll first need to get some poison from the pantry, the kitchen is located on the northwest. 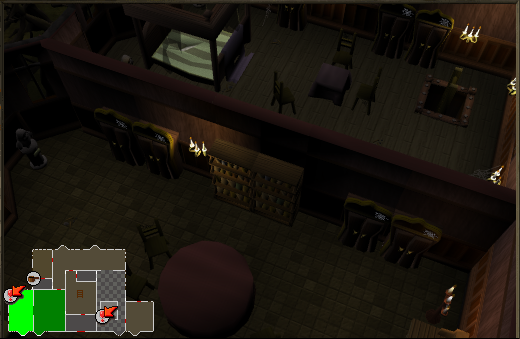 4. Go to the southwestern room in the manor and search the bookcase to go to the next room. Climb down the ladder. Now you need to pull a series of levers to unlock the door of the room with the oil can.

After going up the ladder, pull the lever to exit the room and then return to Professor Oddenstein. He'll turn Ernest back into a human and the quest is completed. 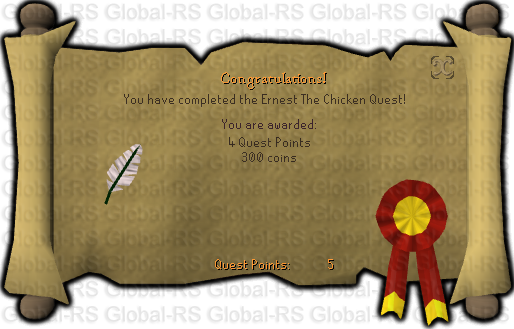