Northwest edge of the Fight Arena. 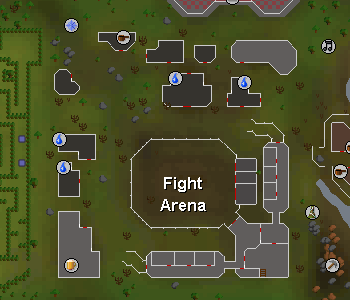 1. Talk to Lady Servil and agree to help rescue her family to start the quest. Head to the Fight Arena and head to the most North-Eastern house. Head into the house and open the closet and take armor and helm and equip them both.

2. Go just south into the prison, the guard will let you in if you're wearing the khazard armor. Talk to Jeremy through the cage. He'll tell you the guard has the keys.

4. Use the keys on Jeremy's door and you'll run out to the arena. Save Justin Servil from a level 63 Khazard ogre. The General will take you prisoner to fight again after you kill the ogre and talk to Justin Servil . You get two pieces of armor, a helmet, and a plate, so when you go to do Fight Arena leave 2 inventory spaces for armor, the rest can be food or something.

5. Talk to Hengrad your cellmate and you will be sent to the arena again. First you fight a level 44 Khazard Scorpion. Then a level 137 Bouncer. Then a level 112 General Khazard. 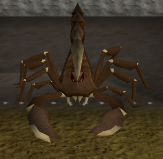 6. The Bouncer can follow you anywhere in arena. You are able to cast spells on both Bouncer and the General however it is not recommended as both will just run off.

7. If you leave before you've killed the General, to get food or something, when you come back it may say you can't go in because it's locked. Head to Lady Servil and you're done. On the other hand, if you defeat them you talk to one of the Servils, then head to the Lady to claim your reward. 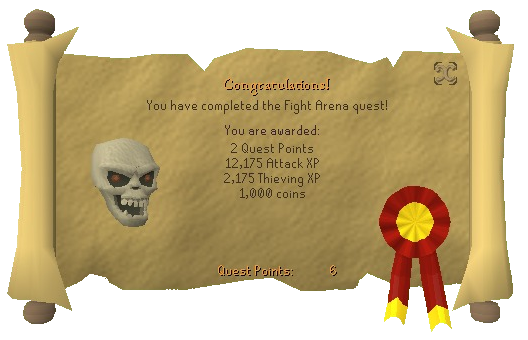