Access to a new mine, and a chaos dwarf battlefield.

Missing person reports have been flooding in from Keldagrim East, but the Black Guard seem reluctant to do anything about it. Resources are stretched thin, but Keldagrim West is undoubtedly a greater priority for the Black Guard Supreme Commander. Veldaban refuses to subscribe to this opinion, but his hands are tied; can you help him to reveal the abductors' identities?

Speak with Veldaban in the building just west of the Keldagrim bank. 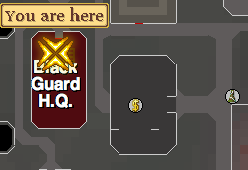 Say there's no need to be rude, and that you'll help, and you will receive word that Chaos Dwarves are attacking to the south. A short cutscene showing part of the city will commence, and once it's over you'll find yourself just south of the city. Say that you'll take care of the remaining dwarf, and that you are ready (you may bank before fighting the dwarf no matter what option you choose). You are about to fight a level 100 Chaos Dwarf with a small handheld cannon. While the Dwarf is very easy to kill, and fires slowly and inaccurately, his attack does extremely high damage (around 35).


Once you kill the Dwarf, he will drop a "mysterious slip", which Veldaban says is a Grand Exchange order.


Once you find Vedaban, talk to him and continue through all of the dialog (minus the discussion about the contents of the box) and Veldaban will request that you take him back to the HQ. A cutscene will commence, and you'll end up with the duty of figuring it all out on your own.

Getting to the Bottom of This:

Go back to the tower in the south of West Keldagrim, and use the boot from the package on the footprints. Follow the trail south, and then west to a firepit. Use the bowl on the firepit then remove it. Use the rod on the empty firepit to open a wall to the west. 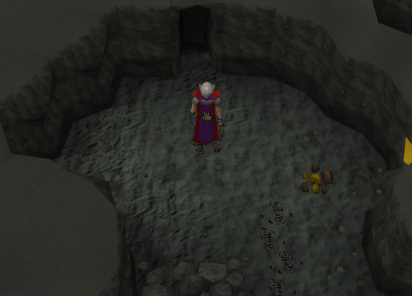 Enter the tunnel and go through the large empty room to the next tunnel. You will find yourself in a cart area just like in Forgettable Tale. Use a stone (either green or yellow, it does not matter) with the controls, and jump on the cart. You'll hit a dead end, and your character will wonder if Veldaban is awake. Use the tunnel, select "Keldagrim", and you'll appear outside of the HQ.


Suggested Items: Armour, Weapon, and food
Speak with Veldaban, and tell him you found a secret passage. Lead him back to the room with the carts. Use the controls, give him the stones, and jump in the cart.
Use yellow (right), green (left), yellow, yellow, green, yellow, yellow, and yellow.
When you reach land, pull the lever to lower the bridge, then head south and open the prison door. Speak with Fjoila, she'll ask you where Brunolt is. Tell them to head back to Keldagrim. You've got more prisoners to free. Head to the door to the south, and use the switches with Veldaban. 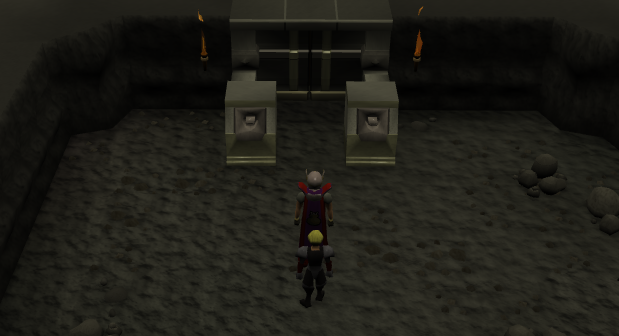 
You're about to be attacked by more hand-cannoneers. They rarely hit, but when they do, they hit hard. Enter the office to the west where Veldaban is. Continue through the dialog. To get out of the room use the metal plate with the sorting machine, it'll jam up and allow you to use the screw-driver on it. After pushing the machine over, enter the hole in the wall, and use the carts to return to the cart staging area. Veldaban will take you to the council meeting and after a short cut scene you are done. Congratulations, you've finished the quest. 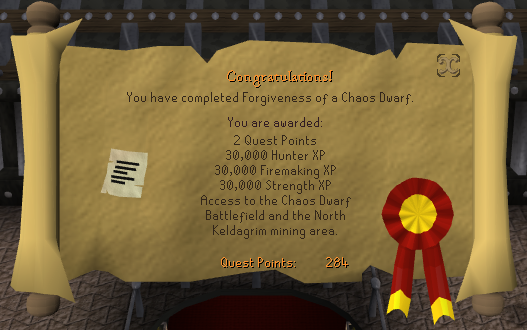 This quest also introduces two new items into the game: Hand-Cannoneers and Dragon Pickaxe. They are drops from the Dwarf Cannoneers and Chaos dwogres respectively. Both monsters are located in the large vacant cavern you went through during the middle stages of the quest.