Speak to the priest of Guthix outside the cave southwest of the Piscatoris Fishing Colony. 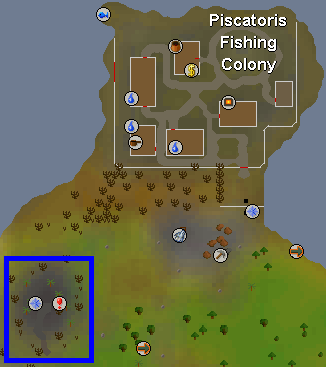 1. Speak to the priest of Guthix. He explains to you that you need to help the Phoenix complete a ritual to ensure the continued survival of the Phoenix. Now ask him about the Phoenix and the ritual and tell him that you want his supplies. You're then handed secateurs, a knife and a tinderbox.

2.Enter the cave and head north. 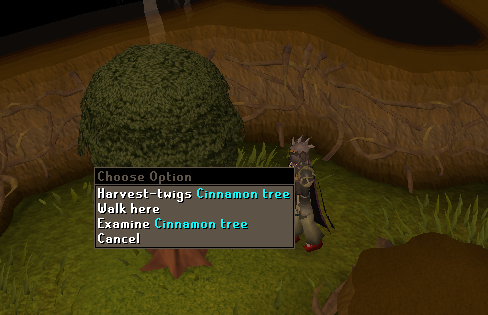 Harvest the twigs from the cinnamon tree and then continue through to the next room. The light green areas on the minimap are where the trees can be found. Repeat this for the next four rooms and then when you have all five twigs use your knife on them to cut them into ribbons. Go to the final room. 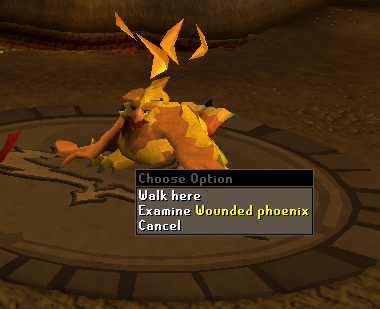 3. Use the ribbons on the pyre and the wounded Phoenix will crawl onto it. Then use the tinderbox on the pyre to light it. The Phoenix is engulfed in flames and then reborn. Talk to the reborn Phoenix.

4.You will receive five of its quills which can be used for summoning. Now leave through the door you came in and speak to the priest of Guthix to complete the quest. 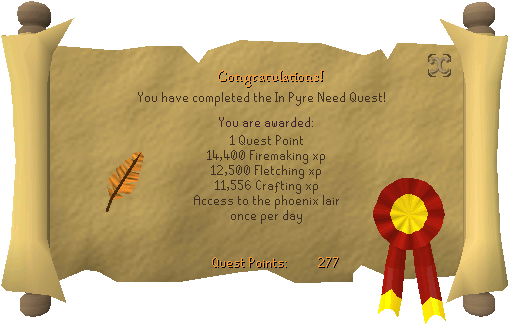