Irena in the Shantay Pass south of Al Kharid.

1. Talk to Irena at the Shantay pass south of Al-Kharid. 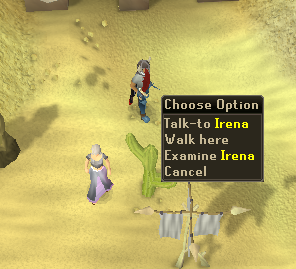 2. After you tell her that you will get her daughter for her, go South of her and look at the footprints. They tell you to go south and just barely west. 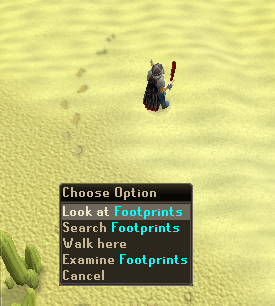 3. Talk to the mercenaries around there until you get them to say that they don't like the captain (it costs 5gp a bribe). Then bet a mercenary you can kill the captain. Kill him, then a key will go in your inventory. Use this to go inside with NO Armour or Weapons on! If you do, you will get into a cell. To get out, go upstairs and search the table for a key.

4. Talk to the male slave closest to the mine doors, who tells you that he's trying to escape. After some conversation trade clothes with him (you will have to talk to him twice). 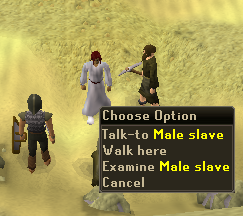 5. Now go downstairs through two BIG doors and follow the path to 2 guards (Rowdy slaves may attack you so just use run). Ask one of the guards to switch spots and he will say for you to get a pineapple for him. Make sure you don't have weapons around them. 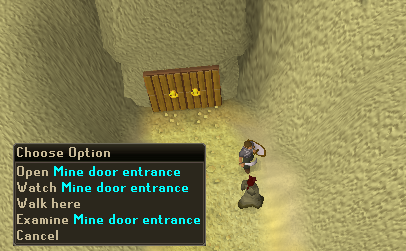 6. Leave the camp and go west until you find the Bedabin Camp. Talk to Al Shabim and ask him for a Pineapple. He will show you the blueprints that was from Captain Siad. Agree to him and he will give you the copy of the chest key. Now go back to where you were (mining camp). 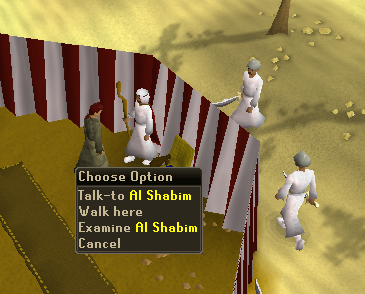 7. Now, go upstairs in the building to Captain Siad's room and get the cell key by searching his very clean desk. Then, search the bookcase until you find the book about sailing and talk to him.

8. Ask him to have a chat. He will then say for you to leave. Reply by telling you that you have a lot of books. He will agree, so ask him if he is interested in sailing. He will get more interested about the conversation and he will say "it's been a passion of mine for almost all my life". Reply "I could tell by the cut of your jib when you say this it will flatter him" and he will be so distracted you can steal his blueprints. 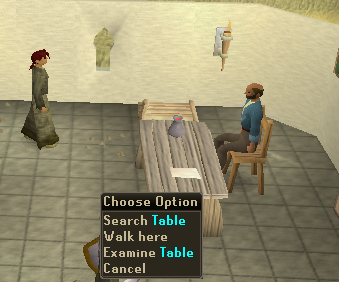 9. Bring them back to Al Shabim and he will ask you to make the weapon from them. Go north awhile and use your plans with the bedabin guard and he will let you in the tent. Use your bronze bar with the anvil until you make the tip. When you do use the feathers with it you have made a dart tip.

10. Take the dart to Al Shabim and he will give you the Pineapple and six Darts. You now also have the ability to make darts, now go back to the Mining Camp.

11. When you get to the mining camp, head to the mercenaries and give them the pineapple, then go through the mine cave. 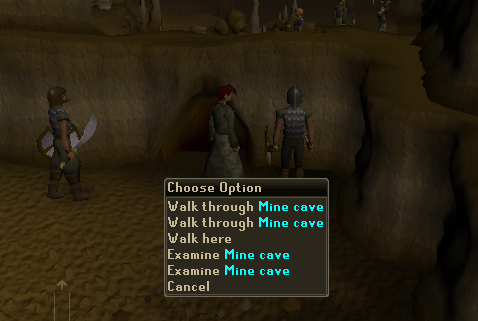 12. Close to the mine cart is a bunch of Barrels. Search an empty one and take it. Now get in the mine cart. This may take a few tries depending on your agility level. (MAKE SURE you have food because you will get hurt or atleast high hp.) 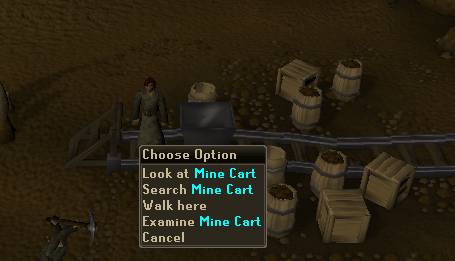 13. When the cart gets there (on the other side), go northwest a bit until you find a large area with many slaves. You will also see Ana there! If she asks how you got in, but keep it secret and whatever you do, don't say you have a key. You have to mine 15 rocks and give to the Mercenary. 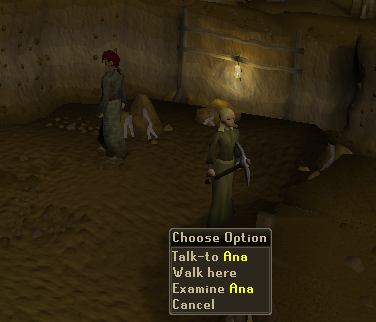 15. On the other side, go to the Winch Bucket and use it. The guard will ask if you need help. Say yes, and Ana will start complaning. What ever she says tell the guard you said something complimenting to him. 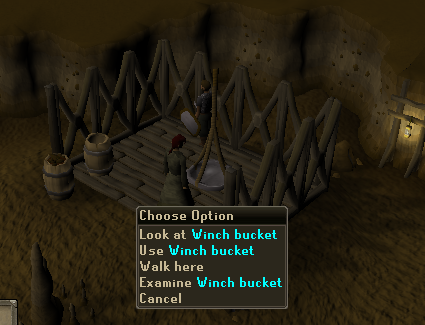 16. Go to the top level of the winch. Use the winch and search for Ana in the nearby barrels. Use her on the Mine Cart and place her in it. (DO NOT try to walk through the Gates, you will be caught and SEVERELY punished!) 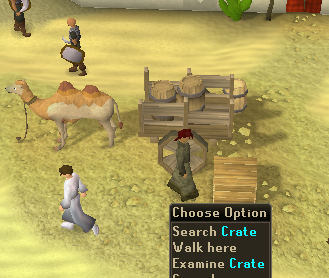 17. Now speak to the mine cart driver and say "You got a nice cart". After he replies, say "One wheel says to the other". He will say "I'll see you around". Reply with "one good turn deserves another". He'll laugh and ask if you're trying to get him fired. Then reply with the one on the bottom, he will ask what you're in for then say "I'm in for a penny in for a pound", then say "well it's like this". Offer him 10 coins. He denies and asks for 100. Accept it and you will get in his cart and start going.

18. Once outside, go north to Irena and talk to her. Quest complete! 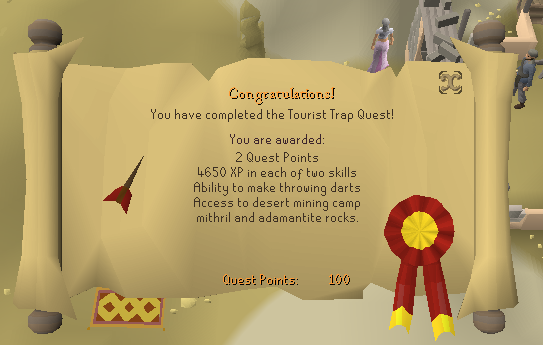