1. To start, talk to Elena in the house east of Edmond and Alrena's house (where you started the Plague City quest). She will tell you to talk to Jerico. 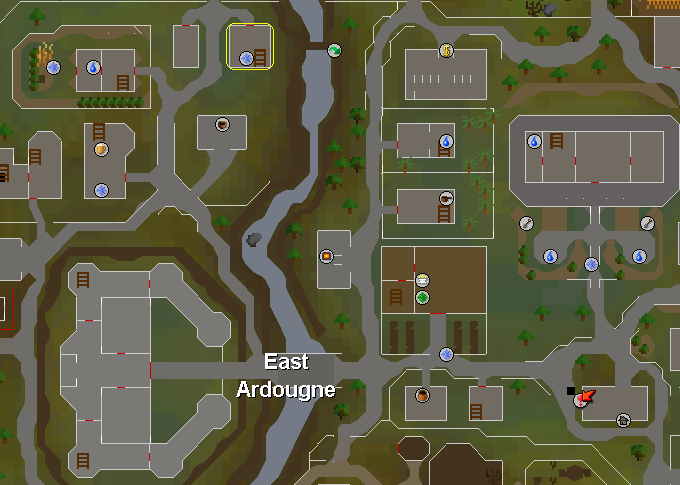 2. Jerico is found in the house just south of Ardougne North Bank. Talk to him, and he will tell you to talk to Omart. After you've talked to Jerico, search the Cupboard for some Bird Feed (1). Then, go behind his house and take a pigeon cage. 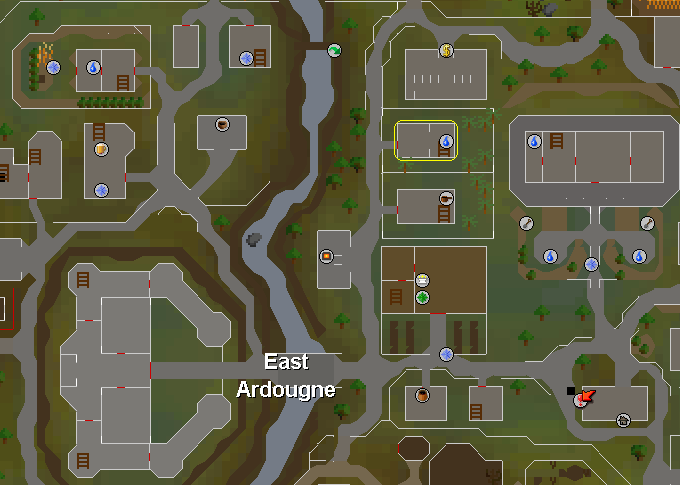 3. Now, go to the large wall that separates East Ardougne from West Ardougne. Follow it to the south, until you find Omart. Omart tells you to talk with Jerico about something that can distract the guards, but since Jerico just will send you back as he's too busy feeding his pigeons, this part can be skipped. 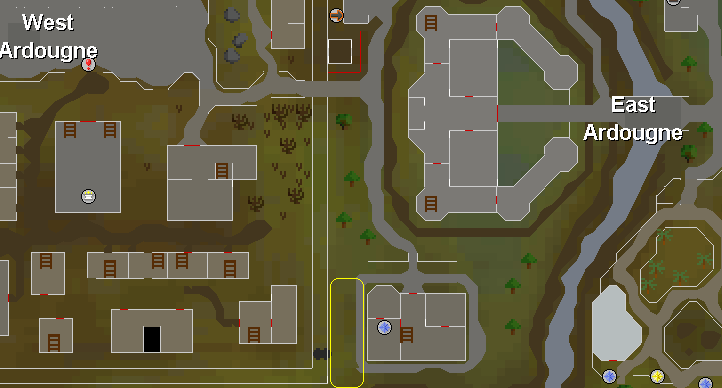 4. Go north of Omart until you reach the watchtower. Investigate the fence and then use the bird feed on it. Open the pigeon cage, which will release the pigeons and distract the guards. Then, go back and speak to Omart, who will help you get over the wall. Now go all the way north to the northern wall. Pick up the apple found in between the two houses.

5. Squeeze-through the fence to the east, and use (don't eat!) the rotten apple with the cauldron. Then, try to enter the building. The mourner refuses to let you in, saying that all the mourners have food poisoning.

6. Head southwest of the monastery in West Ardougne to the house where Nurse Sarah lives. Search the box in her house, and you will find a Doctors Gown. Wear it, and then go back to the house where the sick mourners are. Open the door to enter the house. 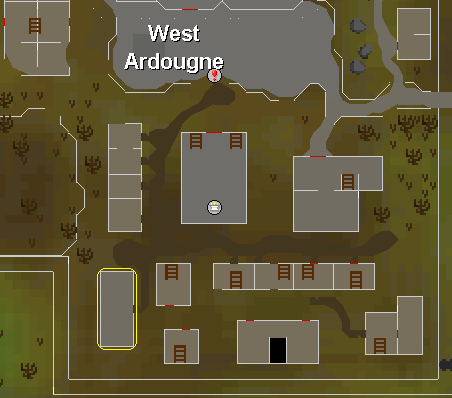 7. Go upstairs, and kill the mourner to receive a key in your inventory. Use it on the gate, and search all the crates until you find a Distillator. Leave the house, and return to where you entered West Ardougne. Speak to Kilron and he will help you over the wall. Now return to Elena.

9. Elena will give you several samples, and she asks you to get some touch paper from the Chemist in Rimmington. DO NOT TELEPORT OR FIGHT on the way to the chemist, or the samples will break! However, you can bank the samples, teleport to Falador and widthdraw them there.

Note: If you lose the vials during the next steps, you can get a new set from Elena. 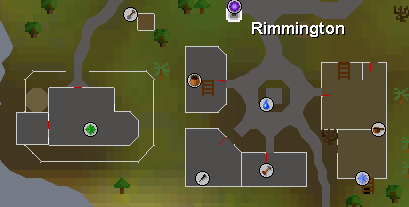 * The chemist is located on the map where the green achievement marker is.

10. The chemist is located west of Rimmington. Do not mention anything about the plague. Tell him that you need the Touch Paper for Guidor. Go oustide, and give the vials to the men in the following order:

They will then tell you to meet you in the Dancing Donkey Inn in Varrock.

12. Go to the building east of the inn and talk to Guidor. He'll tell you that there's no plague. Go back to Elena in Ardougne to tell her the good news, and she will tell you to see the King of Ardougne.

14. Go to the castle in East Ardougne and go upstairs. Speak to King Lathas to receive your reward.

* It should be noted that after finishing the quest you will be able to enter West Ardougne as you please. Also, you can use King Lathas' training grounds to the North of West Ardougne. 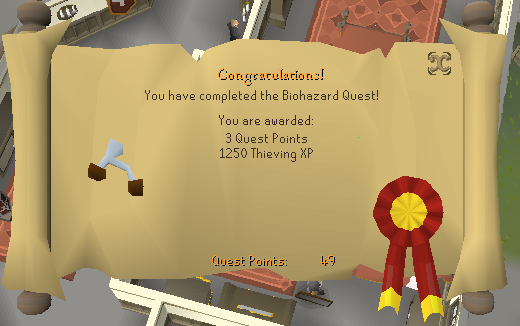