Speak to the Catapult Guard north of the Tyras Camp

1. Talk to Tyras Catapult Guard outside the Tyras camp. He will tell you that he needs better wood to fix his catapult. He will ask you to help him. Agree to go talk to General Hining in the Tyras Camp.

2. Go back to the camp and talk to General Hining. He will tell you that the catapult is a huge part of their defence and must be repaired. 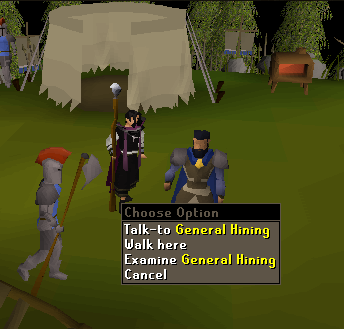 3. Talk to the engineer and convince him to let you help him. He will give the plans to make the catapult. If you brought the materials (10 Mahogany planks and 90 Mithril nails), use them with each other and make the parts (Hammer, Saw and Knife required). 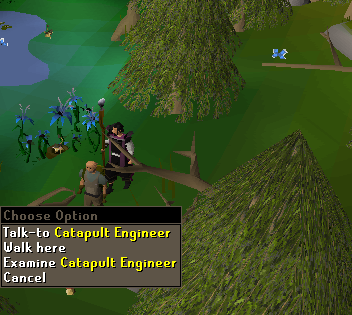 4. Ask him to show you the letter and it will say you need to go to Falador and talk to Rolad to get the metal parts.

5. Teleport to Falador and head to the Ice Mountain. Rolad is in the workshop ontop of the mountain. 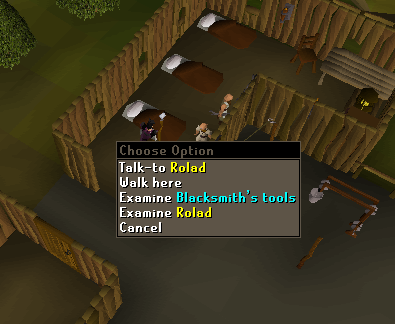 7. Go to Port Sarim bar and look for Thaki in the pub. He will tell you that he doesn’t believe you are a sailor and that if you were a sailor, you would have a sailor's hat. 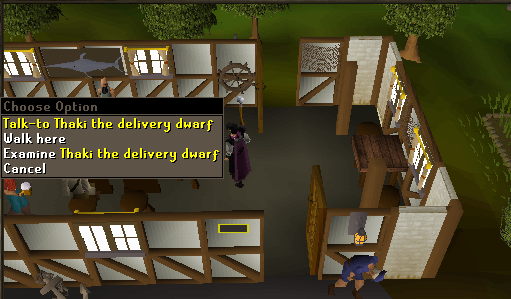 8. Go outside of the pub and you will see a drunken sailor. Search him to obtain a sailors hat. Equip the hat and talk to Thaki again. 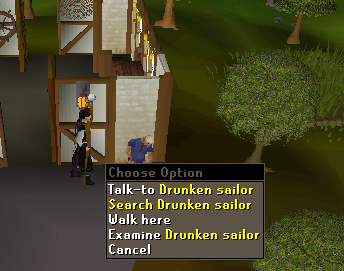 9. He will give you the parts and you can now return to the catapult guard north of the Tyras Camp.

10. Talk to the catapult guard again and he will ask you to start building it. (He is one lazy guy eh?)

11. Build the catapult according to the diagrams. The purple pieces are used to the left side and orange for the right side. Follow the numbers on the diagram. You may have to turn certain pieces around.

12. Talk to the catapult guard again and he will ask you to test it. (He really can't do anything can he?) 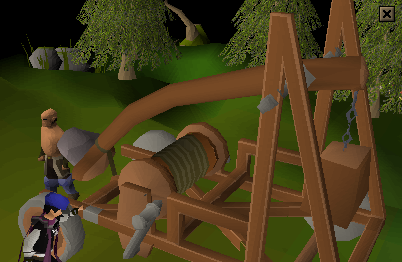 13. Aim the catapult at the boulders he tells you to with the catapult. Try to hit the rocks with the X's on it. After you destroy all the rocks, talk to the catapult guard again and you are done!