Speak to Martin the Master Gardener, just north of the village square in Draynor Village.

Part 1: Martin
1. Go to Draynor, and talk to Martin the Master Farmer. He should be near the pig pen.

He'll tell you that the crops are having issues in growing, and you'll talk about Fairy Tale Part I. (If the conversation ends at this point, talk to him 10-30 minutes later, as he will take awhile.)

2. Finally he'll tell you that the crops need more food. He tells you to head off to Zanaris to resolve the problem.

NOTE: Bring your Dramen staff, and wield it at all points during the quest until the Gorak battle.

3. You get to Zanaris, and go see Fairy Nuff. (She's north of the bank.) But unfortunately you do not find her, but her working area completely destroyed. You'll get a little cutscene showing this.

After this you wonder what happens.

5. Search the entire room until you find Fairy Nuff's certificate. Study the certificate and you'll see that on the back, there is a strange language on the certificate's backside.

6. Go talk to the Fairy Godfather. (He is in the slayer room south of the entrance/exit of Zanaris.) You tell him about what happened, and the Godfather will request that you find the queen. But, you must use the fairy rings to find her, so you must talk to the coordinator.

7. Talk to the coordinator, who is in between the Godfather's room and the entrance/exit of Zanaris. Ask her about the Fairy Rings. She will tell you about how she hates telling everyone the history of the Fairy Rings over and over, so she will tell you quick. She tells you a quick history of Fairies, the Queen's creation of the Fairy Rings, and the fairies coming to Zanaris. She even tells you about the main fairy ring's location. (It's east of the bank, near the fountains.)

8. Show the Coordinator Fairy Nuff's certificate. She will say that the writing is familiar, but she does not know about it. She suggests that you ask other fairies about the writing.

9. Go to the Fairy Cook. (South of the Bank and North of the Otherworldly beings) Use the certificate on the cook. She'll tell you that she remembers writing like that on the cosmic temple wall.

10. Go to the cosmic temple. At the south edge of the ruins, you'll see what the Cook was talking about. 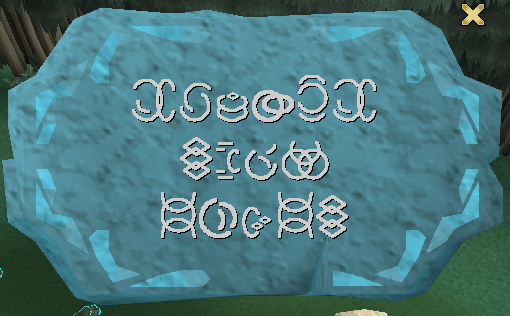 As you can see the writing is very similar. This is the part where you would decipher the fairy writing, but you don't need to.

11. Go to the Main Fairy Ring. (East of the bank, near the fountains.)

When you use it, an interface pops up. 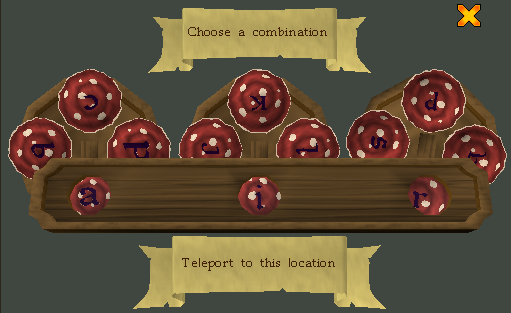 You'll be transported to an island.

Click back on the Fairy Ring, and you'll be transported back.

You'll be transported to a swampy marsh.

Click back on the Fairy Ring, and you'll be transported back.

13. Now put in the letters: "D-J-Q". You'll be transported to a few feet away from where you started.

Go back to the main fairy ring.

You will finally be where you want to be.

15. Head to the northeast part of the area. It will look hospital-esque. Talk to Fairy Nuff. She will tell you about how happy she is in seeing you. She also tells you about how the Godfather didn't give the queen's secateurs back. Another older fairy starts talking to you and telling you how its "all your fault". Finally you agree to get the secateurs back from the Godfather.

16. Head back to the main fairy ring and then go to the godfather. Stand so that your behind the Godfather, but also that the Godfather's two goons aren't facing you.

If you fail, they'll just knock you unconscious and take you to a random place somewhere near Zanaris.

If you succeed, you'll get the Secateurs back.

Sometimes it will work, and sometimes it will send you to an island of Penguins. If you get sent to the Island of penguins, you will have to do the whole sequence of teleportations over again.

Once you're at the queen's area, go talk to Fairy Nuff again. She'll take the secateurs and try to restore the queen's energy. But alas, it won't work. So you must get her a magic essence potion. You will need to get a starflower and a Gorak's claw for the potion. You should also have the water-filled vial and a mortar and pestle with you.

18. Now head back to the main fairy ring.

You'll now be in a very colorful area. Talk to the cosmic being about starflowers. The cosmic being will tell you that they grow and die in a matter of minutes.

Head to the southwest of the area. You'll see a starflower pop up. The longer you stay there, the more that pop up, but you are only allowed to get one.

NOTE: If you do not have 49+ farming but only have 46-48 farming, this is where you eat your garden pie. (Which boosts your farming temporarily by 3 levels.)

NOTE: This is the time to get your armor, weapon, and some food. Having fully charged prayer helps. You must still have a Dramen staff though, as you need one to travel the fairy rings.

Quickly equip your weapon and kill a Gorak. They can hit through prayer once in awhile, so I suggest you keep an eye on your health.

Kill a Gorak, collect its claw, and get out.

20. Now you need to make a Magic Essence Potion. You need the following items:

Use the Pestle and Mortar on the Gorak Claw, put the Starflower in the vial, and use the Crushed Gorak Claw in the Vial.

You now have a Magic Essence Potion (3).

21. Go back to the queen using step 17. Give her the magic essence potion, and after some conversation about what happened while she was asleep, you'll complete the quest! 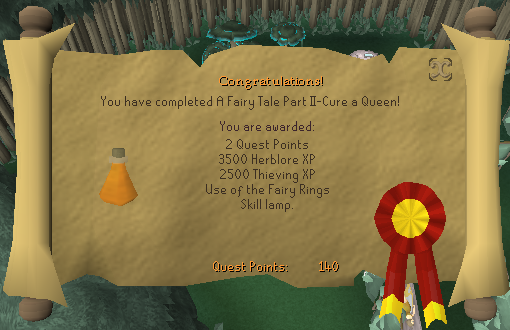