Sigmund, upstairs in the Lumbridge Castle.

You will need all your items when you start.
1. Speak with Sigmund upstairs in the Lumbridge Castle. 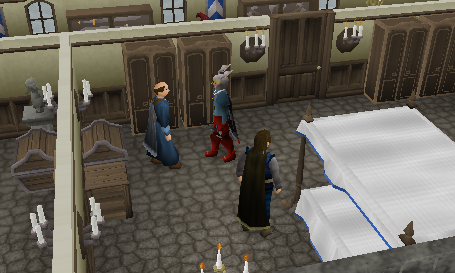 2. After talking to Sigmund, talk to either Hans, the Cook in the castle, Father Aereck in the Church or Bob in the Axe Shop.

The one you're talking about will tell you that the Goblins broke through the wall in the cellar.

3. Go upstairs in the castle, and talk to Sigmund again. Also, talk to Duke Horacio.

4. Go downstairs to the kitchen, climb down the trapdoor there. Make sure that your Lantern/Lamp/Candle is lit. Then, go to the east of the room and use the pickaxe on the rubble. 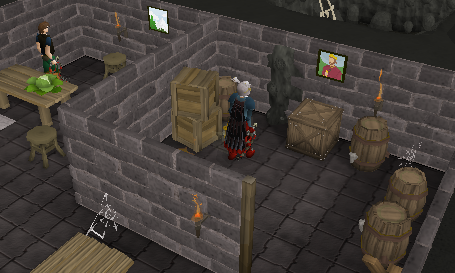 5. Crawl through the wall. Follow the path until you find a Brooch on the ground. "Look" at the brooch, then go back to the castle, and go upstairs to Sigmund. 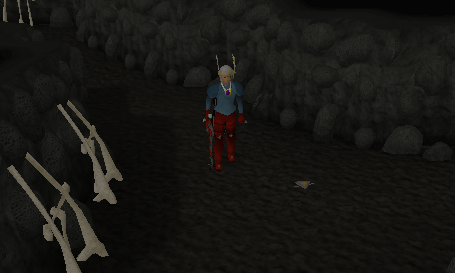 6. Talk to the Duke and show him the brooch you found. He'll suggest you talk to Reldo, the librarian of Varrock.

7. Teleport or go to Varrock, and head to the north part of Varrock Palace (north of the fountain), and talk to Reldo. Reldo tells you that he's not sure what it is, but tells you that there's a book about ancient goblin races in one of the bookcases. Search the bookcases in the western part of the library to find the book, and read it. 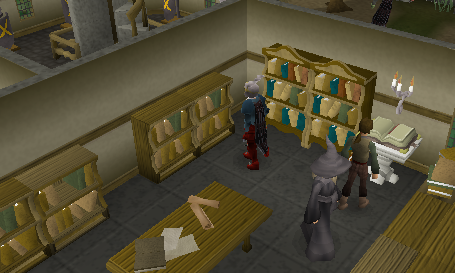 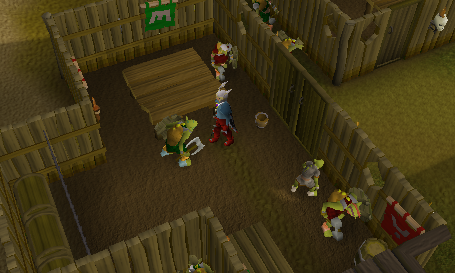 Choose the options in the following order:

They will teach you two new emotes: Goblin Dance and Goblin Bow.

9. Head back to the Lumbridge Castle cellar. Now, make your way through the caverns until you reach Mistag. You must avoid all Floor Traps and Rock Falls. If you go the wrong way, you will be taken to the Lumbridge Slayer Caves.

Follow this map to get to Mistag in the eastern part of the dungeon. Go next to him, and use the Goblin Bow emote. He will tell you that it was just an accident, and wants you to make peace with the Duke of Lumbridge. Then, talk to him again, and he will show you the way back. 10. Go back to Duke Horacio, and he tells you that the castle's silverware is missing, and he will go to war against the goblins unless it's returned.

11. Pickpocket Sigmund for a key. Then, go to the room just south of the Duke and Sigmund, and use the key on the chest, and you will find a set of H.A.M. robes. Go back to the Duke, and tell him that Sigmund is a member of the H.A.M. 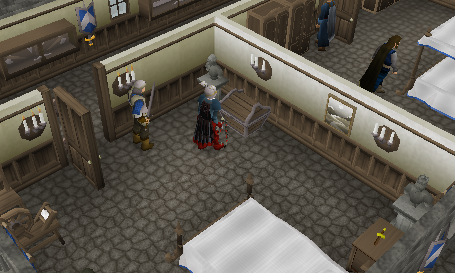 12. Now, go to the H.A.M. headquarters between Lumbridge and Draynor [map], and pick the lock of the trapdoor, and enter the caves. Near the ladder, there is a wooden crate. Search it to find the Silverware. 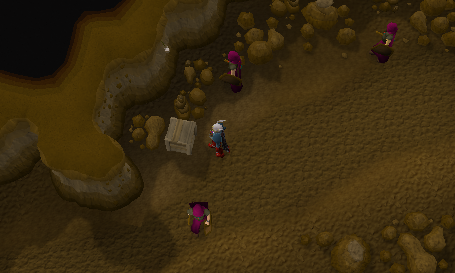 13. Head back to Duke Horacio, and he will dismiss Sigmund for committing treason. You will receive a Peace Treaty Scroll.

14. Go back to the cave, but instead of going through the whole maze, talk to Kazgar, who will lead you through. Then, show the Peace Treaty to Mistag. 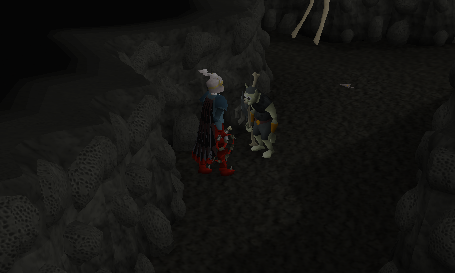 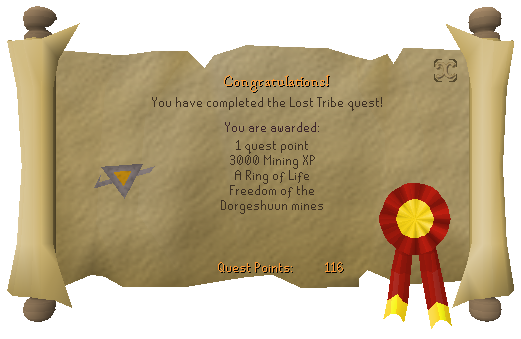 You can also kill cave goblins to get special items: