Speak to Mabel at the barn north-east of Draynor Village, near the windmill. 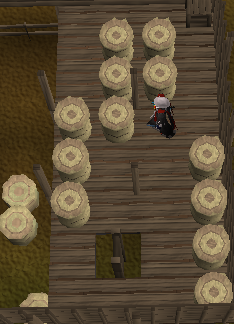 1. Speak with Mabel to start the quest.

2. Go up the ladder in the barn and you will see the ring on a crate, but it is blocked by several haystacks. You must push the haystacks out of the way to get to the ring. You can push up to two haystacks at a time. The following solution will grant access to the ring:

You should now be able to reach the ring, upon doing so you will hear some commotion from below.

3. Climb back down and you will see Mabel is now hiding in a sack, speak with Zenevivia. She will ask for a twig from the haystack. Search the haystack to find the twig and give it to her.

4. After you are done speaking with Zenevivia and she has teleported away, head back into Draynor Village and speak to the Wise Old Man.

5. After speaking with him and watching a cutscene he will ask you to accompany him to Rimmington. You will need to do this on foot otherwise he will not follow you.

6. He will now hand you 100 Teleport to House tabs, use a chisel on them and a puzzle interface will open. Start with the bottom of the two tablet halves. The aim is to use the connections to lead the magic from yellow point at the bottom to the top while avoiding the black square which are dead zones. Do the same again for the upper half and the screen will close once you have completed the puzzle. 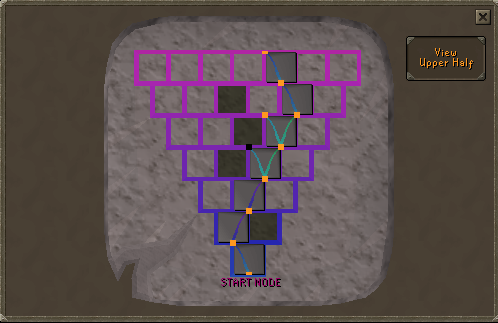 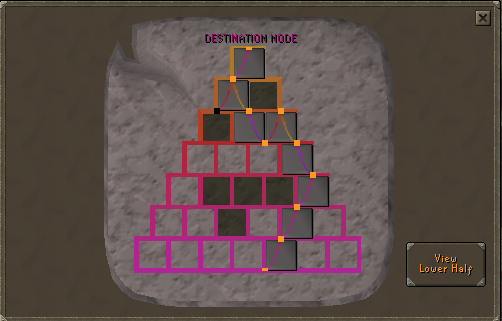 7. You can now use the modified tele tab to enter Zenevivia's house. Note that if her house is not a safe area and if you die your gravestone will appear outside of the house portal in Rimmington. Additionally if you leave the house before you are done you will have to chip another tablet while standing next to the Wise Old Man in Rimmington.

8. Head into the house and build a dummy in Zenevivia's workshop and then head downstairs.

9. You will now be controlling the dummy, which is exactly the same as walking, make sure to step over every trap to avoid being hit for 500 damage when you later walk across the floor yourself.

10. You will now need to make your way through Zenevivia's dungeon, killing every monster as you go. The monsters range from a level 52 Pit dog to a much more fearsome level 204 Pit iron dragon so be sure to have your anti-dragon shield (and preferably anti-fire potions) with you for the fight. You will be aided by the Wise Old Man throughout the maze who should regularly hit up around 100 damage on the enemies. 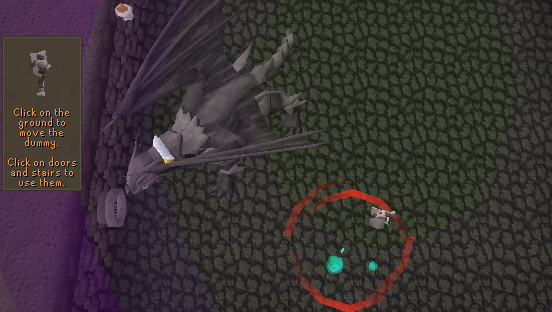 11. Once you reach the end of the maze you will confront Zenevivia and a cutscene will play. After the scene is over you are given one last chance to teleport out and restock on food and supplies before the final fight. Once you are ready speak with Zenevivia once more.

12. Quickly enable a Magic protection prayer otherwise she will act with blood barrage and heal herself in the process. Be sure to keep moving as she will spawn flames underneath you that will hit rapid 30-40's. 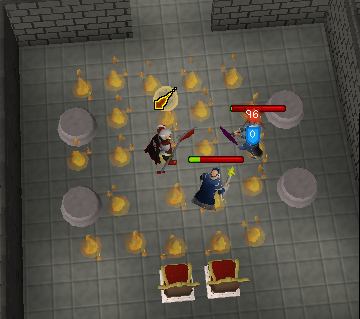 Periodically throughout the fight she will shout "Aha!" and teleport away and onto one of four nearby pedestals, at this point she will either pray against missiles or magic dependant upon your attacks and you will be unable to damage her. You'll want to try and keep at least one square's distance from her while on the pedestal otherwise she will spawn flames underneath you and knock you back causing damage. Attempt to continue fighting her and eventually she will teleport back into the centre of the room and repeat the cycle.

13. Once she is defeated, speak with her one last time to witness a confession from the Wise Old Man before being teleported back to Draynor. She will ask you to go upstairs and witness their attack on the Wizard's Tower through the telescope. After doing so, speak again with the Wise Old Man and ask about Mabel's ring to end the quest. 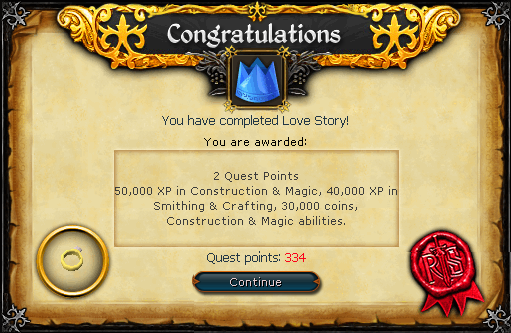